Our Guild Saint-Sebastian is uninterrupted owner of the Guildhall in the Carmersstraat since 1573. Little or no associations can match such historical continuity. Before that date we find our guild in different locations in Bruges: a history of more than six centuries.

From chapel to chapel ...

...from monastery to monastery

From at least 1396, the Guild owned a chapel in the monastery church of the Friars Minor (the current Astrid Park). After the loss of her chapel under the Calvinist city council, services took place in the Predikheren Monastery, of which now only a few remnants remain along the Predikherenrei and in the Bethany Monastery, opposite the current Guild hall.

In 1454 the Guild acquired a property on the Rolweg near the city walls (now Guido Gezellemuseum). There the archers could shoot on target. A century later, due to high maintenance costs, the Guild looked for a new and even more prestigious home. In 1573 she was able to purchase a large city mansion with a turret and accompanying garden, the Lombaertheester. At that time, this domain (approx. 1ha) belonged to Cornelis de Blois, later city treasurer and alderman of Bruges. A few years earlier he had thoroughly renovated the house. 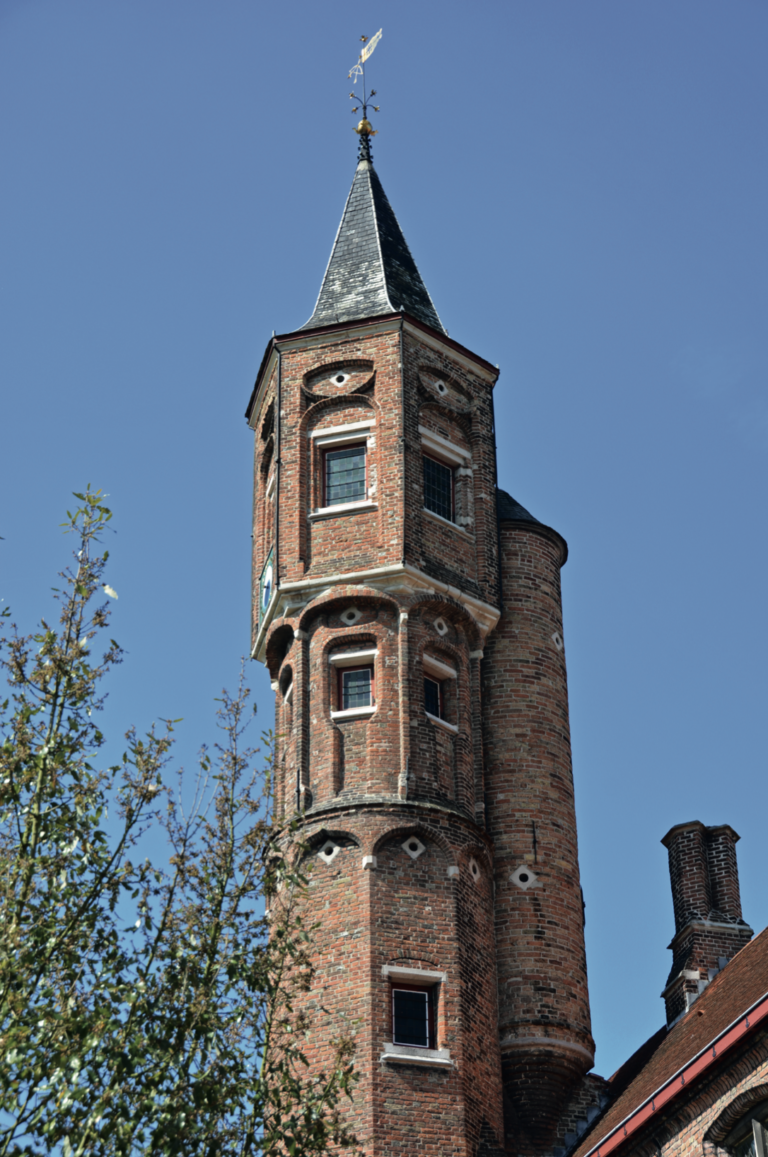 The turret also acquired its specific hexagonal superstructure in around 1573. The Guild house is located between Carmersstraat and Rolweg and is adjacent to the city walls. The Guild established its new hedquarters there and remains there to this day.

A standing shooting pole, a shooter's gallery and target houses

Two target houses and a covered shooting gallery were built in the new domain. The building materiel came from the monasteries of the Carthusians in Sint-Kruis and from Friars Minor in Bruges, both demolished by order of the Calvinist administration. From 1614 the Guild had a fixed standing shooting pole.

Like some other guilds, our Guild had a chapel in the monastery of the Friars Minor. After this monastery was demolished, the Guild took refuge in a few other churches, until the Oath decided in 1685 to build a chapel of its own. The choir with altar, which was then attached to the east facade of the tower building, was unfortunately demolished in 1900 by the city architect Delacenserie. The remaining space is still called the Chapel Room. The original beams still bear the initials of former owners, Cornelius and Johanna de Blois, from whom the Guild bought the building in 1573. 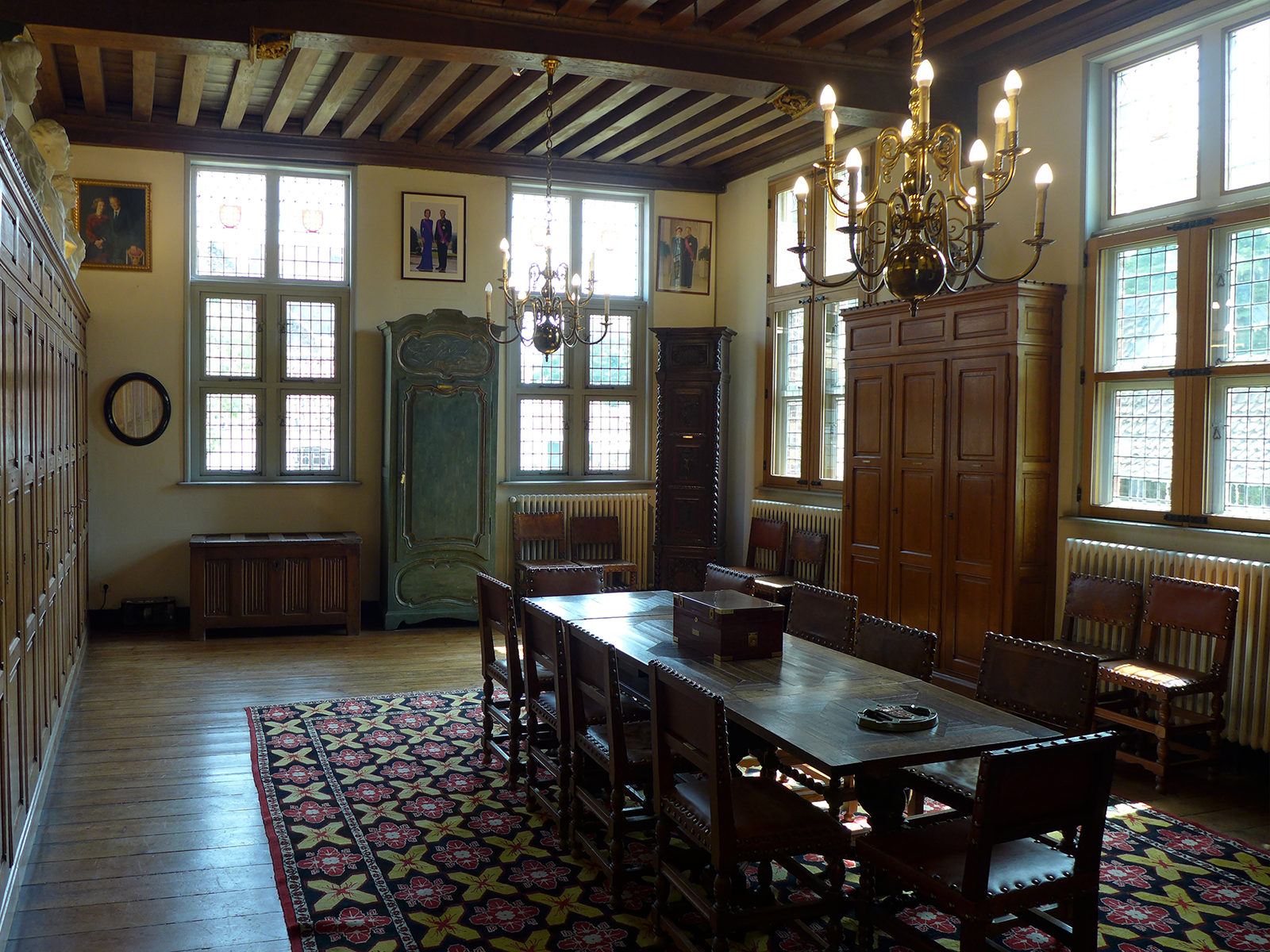 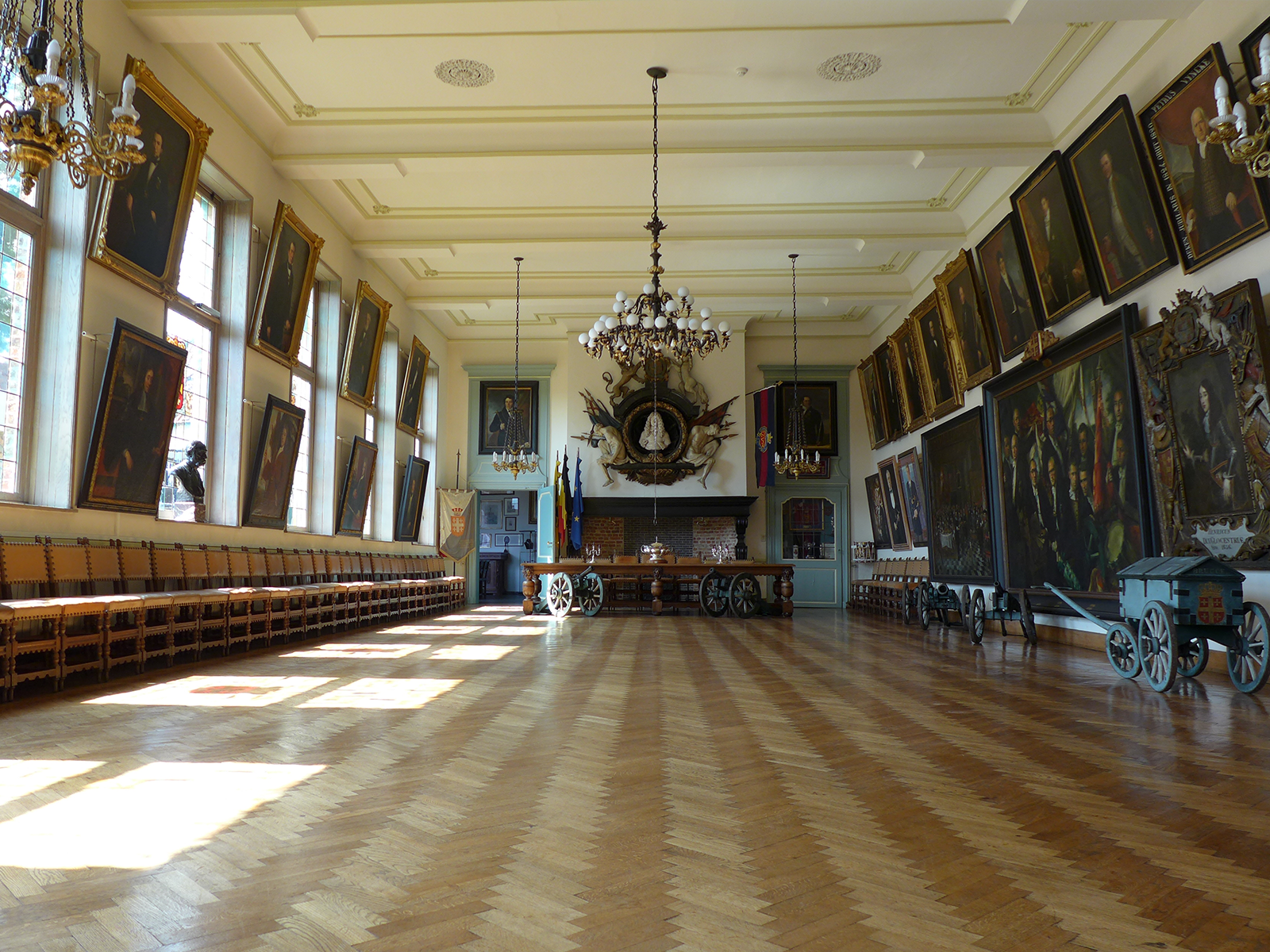 In 1662 a new King’s Hall was added to the west wing. The costs of this were largely paid for with the donation of the English king Charles II, who was a member of the Guild during his exile. The hall is decorated with memories of the English monarch and his stay here. It serves as a banquet hall and museum.

The baroque choir is no more ...

During the French occupation, the Guild house was confiscated and sold publicly. Three Guild members purchased the buildings and handed them back to the Guild in 1810. Shortly afterwards, an Empire-style stone ‘tent’ was built in the garden to replace a wooden structure. The King’s Hall was expanded again in 1856 and  acquired its current appearance. The old and new royal chamber now formed one whole. A thorough restoration of the buildings took place at the end of the nineteenth century, under the direction of the city architect Louis Delacenserie at the expense of the baroque choir, which he demolished.

Since then, the Guild house has not undergone any significant changes. The Guild makes every effort to preserve the domain in optimal condition and to pass it on to the next generations. The Guild hall received the status of protected monument in 1958. Together with the church of the Engels Klooster, the former Lombaertheester determines the street image of the Carmersstraat.