History and disciplines of archery

There are many prehistoric drawings depicting hunters with bows. In the petroglyphs of Les Dogues in Spain, people even seem to shoot arrows at each other. In ancient times, Greek gods such as Apollo were often depicted with a longbow, as was his twin sister Artemis, the goddess of  hunting. It was reported that Odysseus possessed a bow that only he could draw. The bow became a symbol of power and prestige.

In medieval Europe, the value of archery on the battlefield steadily increased. A major technical breakthrough was the crossbow, already used by the Romans, but perfected by Richard the Lionheart at the end of the twelfth century during the Third Crusade. Its use led to an ecclesiastical ban, but the advance of the crossbow proved unstoppable.

The longbow, on the other hand, didn’t seem particularly efficient at first. Only the Mongols, using short bows made of horn and wood, managed to make an art of archery from the back of the horse. In the middle of the fourteenth century, the longbow arrived from Wales, with the English troops who came to fight the Hundred Years’ War on the continent. Instead of aiming they used the weapon en masse, so that their six-foot bows sent a shower of arrows down on the opponent. This gave the battles at Crécy (1346) and Azincourt (1415) a definitive turn. English archers were trained from childhood and trained throughout their lives to shoot horizontally at a target or vertically at circles in the field.

Although more difficult to handle and slower to use, the powerful crossbow remained popular. Genoese mercenaries were known for their aimed shots that easily pierced a knight’s armor. The Flemish, on the other hand, were unique in their vertical exercises on a target set up on a pole, in order to become proficient in shooting up ramparts. From the beginning of the fourteenth century, practice competitions between urban crossbowmen have been documented. The miller made the blades of his windmill available to place targets; the city gave them wine; and the victor was called ‘king’. A wooden bird on a rod, in fact a ring-necked bird they called a parrot, was the target. This is how Parrot shooting was born. 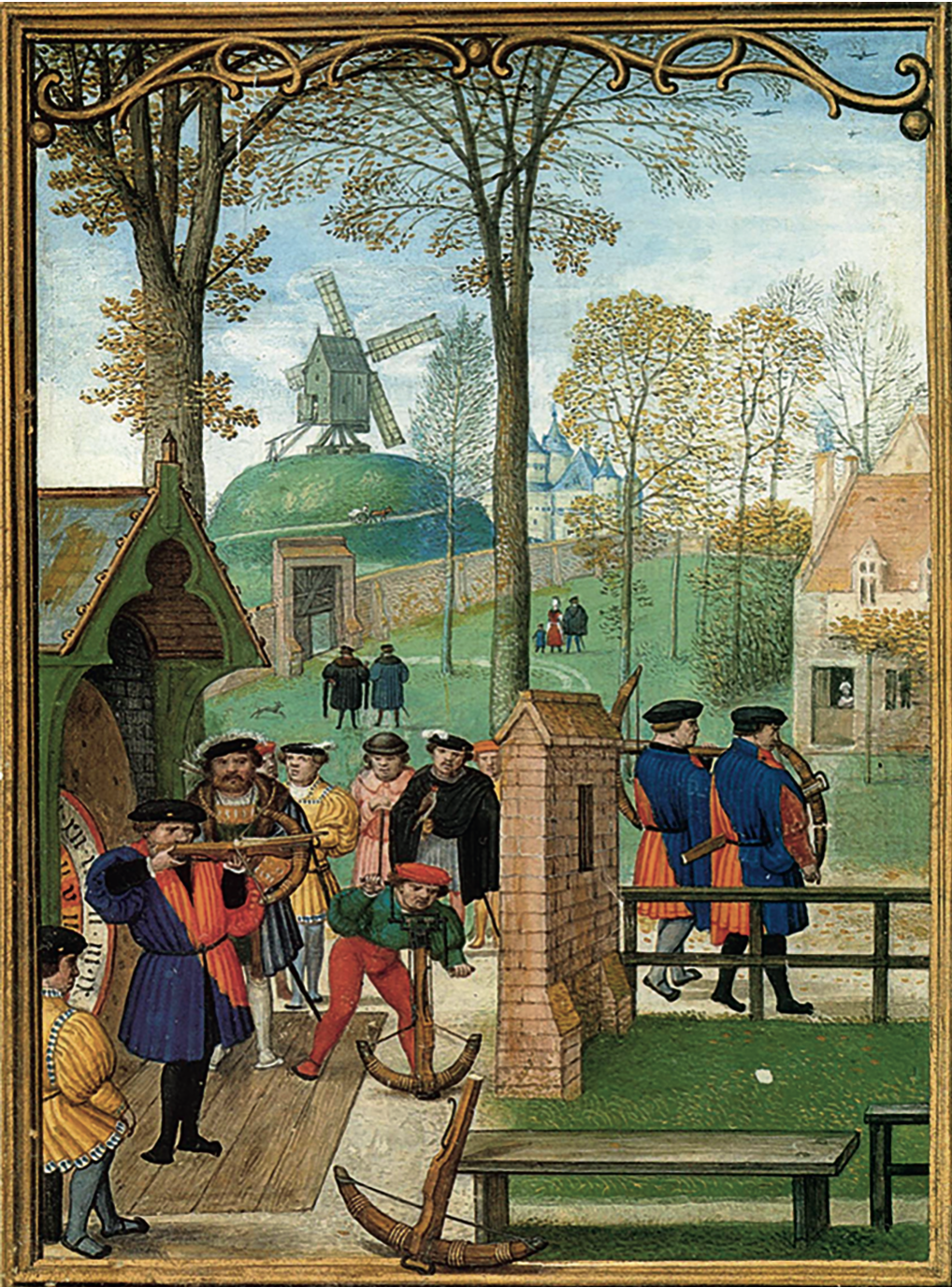 When all civilians were mobilised in wartime, they were divided into their respective crafts.  The wealthier citizens joined the cavalry, while experienced crossbowmen formed a separate corps, which was tactically deployed completely differently from other foot soldiers on the battlefield or in sieges.

Crossbowmen became all too aware of their own value and identity and some of them organized themselves from the early fourteenth century into a charitable social association, a fraternity or guild. This allowed them to collect membership fees, maintain a training ground and appoint a board (the ‘Oath’). At the same time they set up a chapel where they could secure their salvation. Very soon they also organized intercity competitions, to which other guilds were invited, from far beyond national borders.

For example, our Guild still has the regulations of a shooting tournament that was organized in 1535. Proposed by the Oath of the Guild, it is described in an elaborate paper. The shooting starts with a lottery draw on the opening day. A distinction is made between delegates from fortified and non-fortified cities, inside and outside Flanders. There were countless prizes, including for target shooting, for the draw: the most beautiful entrance, the farthest shot, the most beautiful coat of arms, the most distant guild, etc. Also the best ‘moralizing in zyne tale rethoryckelick’, the best ‘game of sinnen’ (theater play) and the funniest Guild fool were rewarded. There were also ‘women’s awards’ that were awarded by the Guild sisters. After all, women could indeed join the Guild.  They did not participate in the shooting exercises, but rather in charitable support and the religious obligations.

The Burgundian Dukes were anything but fond of the power and also the self-awareness of the urban militias. They eventually succeeded in ending the military vocation of the Flemish crossbowmen and archers at the end of the fifteenth century. But the marksmen’s guilds continued to exist. These flourishing associations with their parrot shooting were soon imitated in France, Germany, Holland and the Baltic States, marking social life in the city well into the sixteenth century. Only a few survive to this day.

Today, archery is a sport that is practiced worldwide and is an Olympic event which was first organized at the Paris Games in 1900.

In addition to shooting on target, there is also shooting on the ‘wip’. Two disciplines are distinguished here: the reclining and the standing ‘wip’. In both disciplines, the shooter must shoot a block with a feather on it from a pin. For this, arrows with a wide top are used.

Technological progress has also brought about many changes in archery. The use of plastic, aluminum and composite materials such as carbon fibre makes today’s bows lighter, stronger and more accurate than they used to be. Of course you also need arrows. They exist in various materials and qualities. Other accessories such as a visor,  arrow rest, stabilizer, finger protection, arm protection or chest protection are no longer an exception. 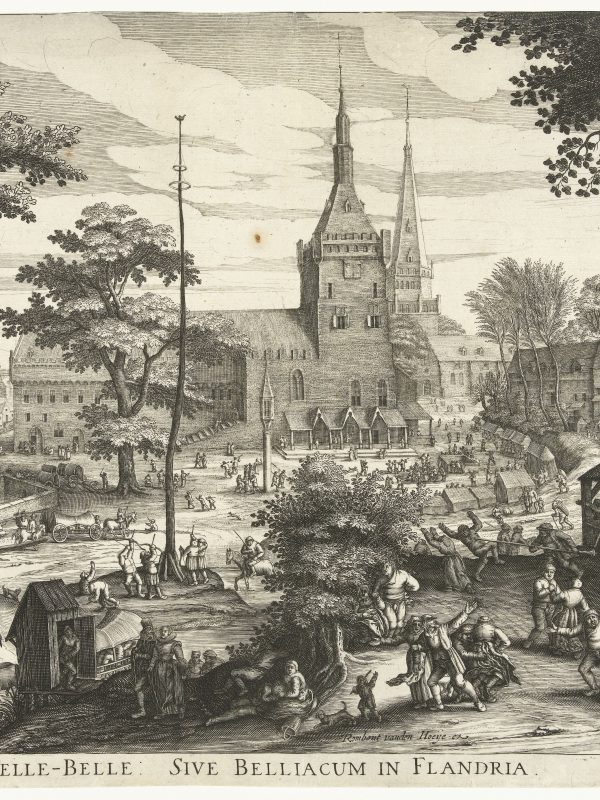 Because we shoot in our historic buildings, we are limited to the following disciplines: